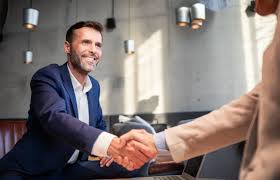 Plaintiff telecommunications company sued defendant competitor for intentional misrepresentation, negligent misrepresentation, and unfair competition in violation of Cal. Bus. & Prof. Code § 17200. The competitor moved to dismiss. The court denied the motion without prejudice. The competitor filed an answer and counterclaims and moved for summary judgment. The company  civil litigation attorney moved for a continuance and to dismiss the counterclaims.

The competitor was both the company’s customer and its competitor in the digital subscriber line market. The company alleged that the competitor developed a scheme to shift customer complaints to the company for resolution without first determining whether the problem was with the competitor’s equipment or the company’s loop. The company argued that the doctrine of the law of the case barred the competitor from recycling the same arguments made on its motion to dismiss. The court disagreed, as the denial of the earlier motion was without prejudice. The court also held that (1) the summary judgment motion issues were legal, and no further discovery was necessary; (2) the company’s suit failed under the filed rate doctrine as the company could not seek recovery of a new and higher rate for deliberate misdirects. Such a rate did not appear in the tariffs filed with the regulatory agencies, and intervention by the court would undermine the role of those agencies as defined by the United States Supreme Court. Because the competitor represented that it would dismiss its counterclaims if successful on its summary judgment motion, the company’s motion to dismiss was moot.

There was no basis to dismiss any of the breach of contract claims at the pleading stage where the language of the contract concerning the cessation of automatic payments was susceptible to the interpretation urged by the borrower. The § 1632 claim was not preempted by the National Bank Act as it did not require lenders to provide any disclosures or other materials that were in any way substantively different from what they had to provide under federal law. The requirement to provide Spanish language translations ensured that Spanish speaking consumers would have access to and be able to understand the federally mandated disclosures, but it did not change the nature of, add to, or subtract from what had to be disclosed. Section 1632 was not preempted by the Truth in Lending Act (TILA) where the fact that TILA regulations expressly permitted translations weighed against a conclusion that the state’s requirement for such translations under particular circumstances was preempted.

The motion to dismiss was denied. Defendants were required to file an answer within 20 days.