The Royal Randwick Racecourse in Sydney is one of the most famous racecourses in Australia. A lot of important horse racing events take place on this track throughout the year and it is worth getting some information on them if you are deciding which event to attend in the future.

The History of Randwick Racecourse

Originally just known as Randwick Racecourse, it earned the extra moniker “Royal” after Queen Elizabeth II visited the course in 1992 to open a new grandstand. A request was put in, to add ‘Royal’ to the name of the course which was approved by the Queen herself.

The first event was held at Randwick in 1833 as a private event, but the course was only used for training from 1840 onwards. It resumed races in the 1860s after the Australian Jockey Club was formed and relocated its headquarters. The Australian Turf Club is the current operator of the racecourse.

Two Popes have visited and held mass at the racecourse; Pope Paul VI in 1974 and Pope John Paul II in 1995 and filming of Mission Impossible II also took place at the venue. Aside from all the famous faces that have visited over the years, here is a list of the most popular races currently held at Randwick Racecourse.

The Everest is the richest turf race in the world with a current prize pool of $15,000,000. It is held in October as part of the annual Sydney Spring Carnival. It is a relatively new race, having been inaugurated in 2017. The race is right-handed and is 1,200 metres in distance. The latest winner was gelding Nature Strip, ridden by jockey James McDonald. 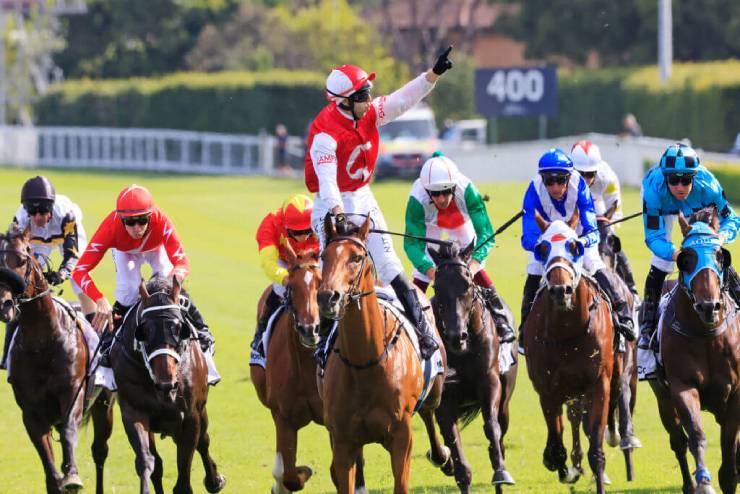 Originally known as the Queen’s Plate this Group 1 thoroughbred race was first run in 1851. The prize money was increased from $500,000 to $14,000,000 in 2014 making it the richest race in the Sydney Spring Carnival until 2017 when The Everest was inaugurated. The distance of the race is 2000 metres since 1986. There have been many distance changes to the race since its inauguration, which began at 3 miles in length.

The Australian Derby is a Group 1 thoroughbred race that was first run in 1861 under the name AJC Randwick Derby Stakes and was won by Kyogle. The distance of the race was originally 1½ miles but changed to 2400 metres in 1972 to conform with the newly implemented metric system. The total prize money is $2,000,000 and the race has been won by some of the greatest racehorses in the world including Poseidon (1906), Phar Lap (1929), Tulloch (1957) and Kingston Town (1980). The latest win was taken by Explosive Jack in 2021.

Whether you’re visiting for the history or the races themselves, the Royal Randwick Racecourse has a great deal to offer.